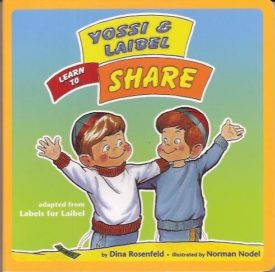 Adapted from Labels for Laibel, a Hachai Classic title made shorter and simpler for the very young. As Yossi and Laibel learn the value of sharing, your child can learn, too!