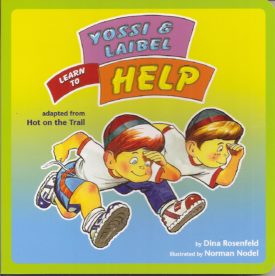 Yossi and Laibel Learn to Help

Adapted from Hot on the Trail, a Hachai Classic title made shorter and simpler for the very young. As Yossi and Laibel learn the value of helping others, your child can learn, too!

Yossi and Laibel Learn to Help:

Dina (Devorah Leah) Rosenfeld was born and raised in Pittsburgh, Pennsylvania. She is the daughter of Emil and Rita Herman who imbued her with a love of good books and encouraged

her writing from a very early age. Dina attended the Yeshiva Achei Tmimim through high school and continued her Jewish studies in New York at Beth Rivka Teachers’ Seminary.