Menu
Browse: Home » Products » The Three Gifts and other stories 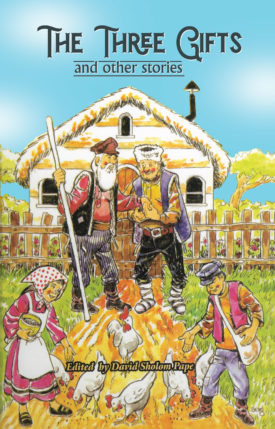 The Three Gifts and other stories

The Three Gifts is a collection of stories which includes tales of Jewish Courage, classic tales of heroes and heroines from long ago, and holiday stories from around the year, in which: an alienated young boy saves the day with his portable electric hand-drill; three mysterious gifts brings their owners wealth, wisdom and happiness; and the Rabbi of Baghdad traps a devious thief. Young readers will find excitement and inspiration on every page.

The Three Gifts and other stories.