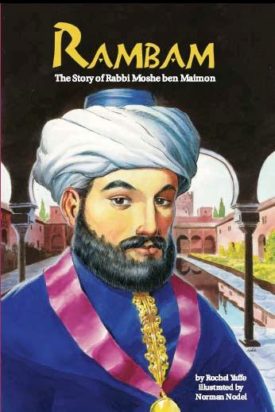 Rabbi Moshe ben Maimon was all of these and much more.

But what were his early years like?  What struggles and challenges did he endure?

This biography tells the story of the Rambam’s life in a well-researched, sometimes fictionalized narrative for independent readers. The author includes many well-known facts and incidents from the life of this Torah giant, as well as some fascinating, less-familiar details.  Actual excerpts from the Rambam’s extensive writings are seamlessly incorporated into the action, and footnoted for reference.  This spellbinding treatment pulls readers into the life and history of an influential leader of the Jewish People.