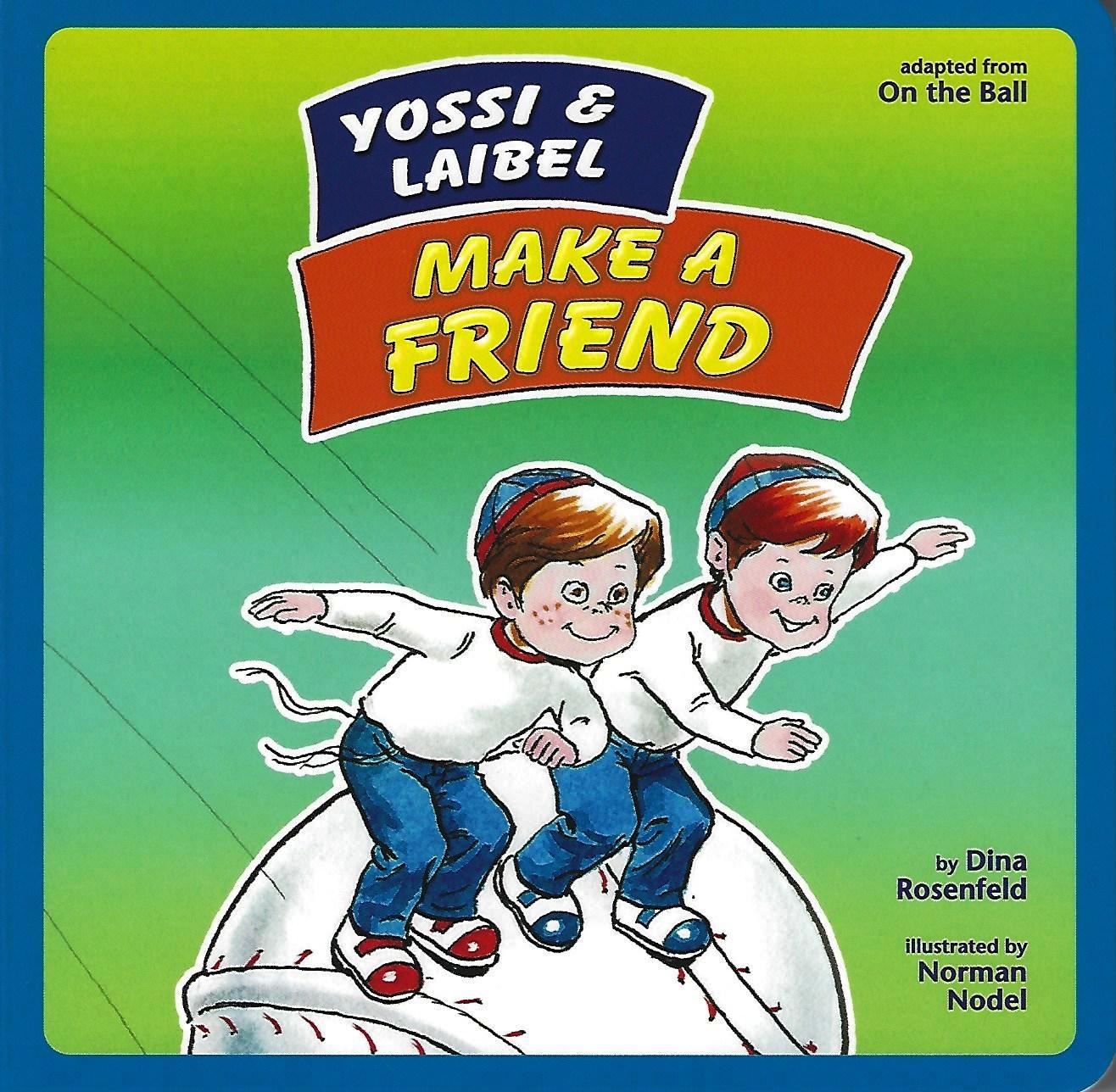 Yossi and Laibel Make a Friend (adapted from On the Ball)

So many parents can’t wait to introduce their little ones to Yossi and Laibel. And, now, they don’t have to wait at all!

Perfect for babies 6 months and up, Yossi and Laibel Make a Friend is a sturdy board book adapted from the beloved full length story, On the Ball. Shorter, simpler rhymes and the same remarkable illustrations tell a story of friendship and inclusion that very young children will want to look at and listen to again and again! A perfect Chanukah gift for the littlest children in your life.