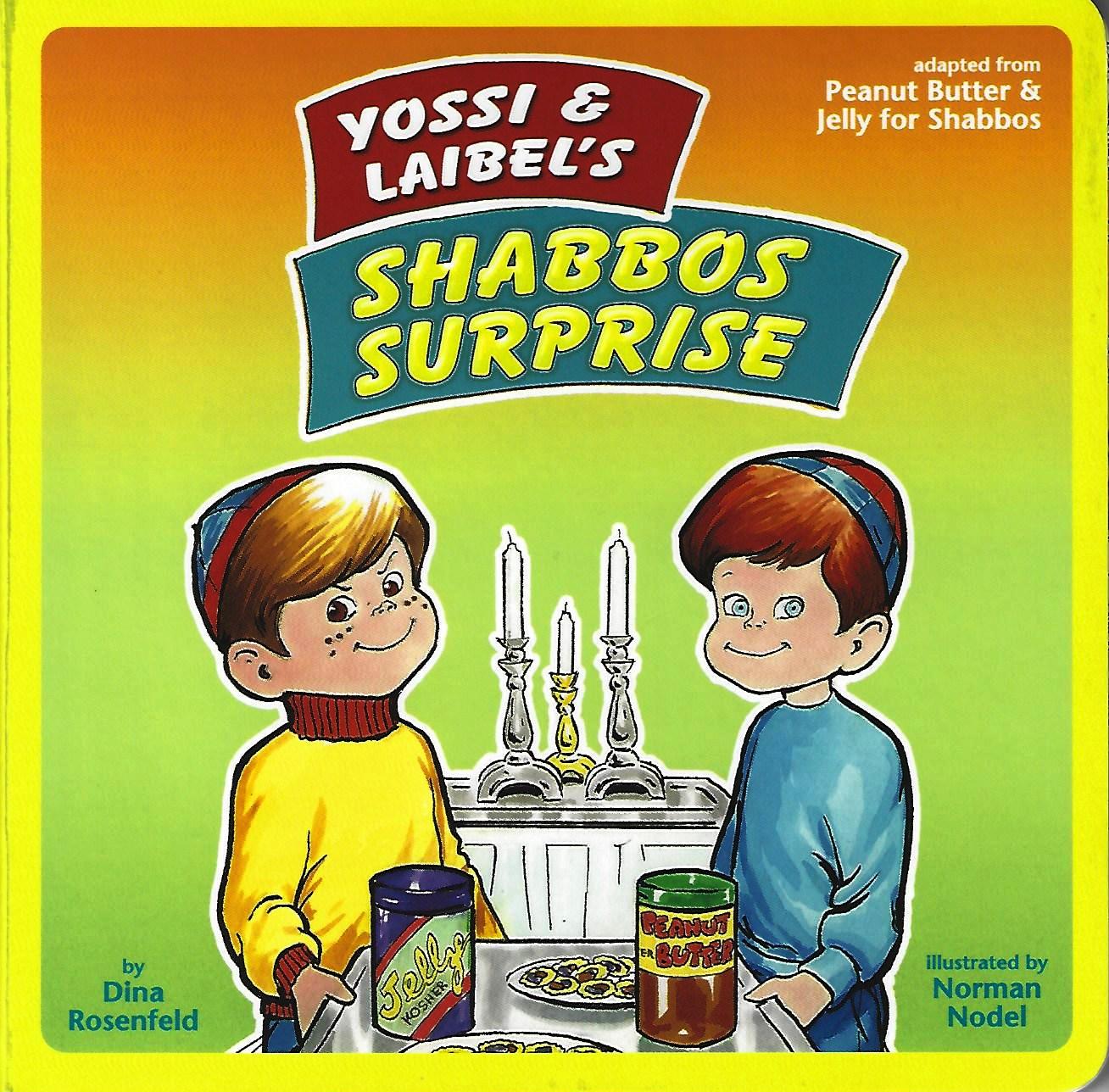 It’s never too early to begin reading aloud to a child and nurturing a love of books.

Based on the classic Peanut Butter and Jelly for Shabbos, this sturdy, take-along board book will introduce a new generation of babies and toddlers to those endearing brothers, Yossi and Laibel.

Join them in this simplified rhyming adventure, as they prepare a Shabbos surprise for the whole family! Complete with Norman Nodel’s original artwork.